The first part of the story is here.

Writer friend PB Rippey assured me last Friday’s post was not too detailed on the finding-an-agent topic. So I shall soldier on.

The next day Brandi and I spoke on the phone, and she was just as enthusiastic as she’d been in her email. She shared her ideas for revision, which I liked, and asked about my plans for the sequel. Whoops. Other than some scrawled brainstorming in my diary, I had no plans. But she took that in stride, and listened to my incoherent babbling about the brainstorming.

I asked for a week to let the other open queries know about her offer so they could make their decisions. I was thinking the agent who’d given me the revise & resubmit request might offer. Alas, it was during BEA, and that agent was too busy to read my revisions. She also didn’t ask for more time, which makes me think she might have been less enthusiastic about my book, and enthusiasm is a big piece of the Agent Pie – I want someone who loves my book so much they just can’t wait.

Brandi gave me two references, and both of them raved about her. (You can meet one of them, Oksana Marafioti, in her interview here.)

By the middle of the week, I was convinced Brandi was the one, and I got a little cranky waiting to hear back from the last two agents because I just wanted to email Brandi right away to say yes. But I’m kind of a rule-follower, and if I tell someone they have a week, I feel like I ought to give them the whole week.

Finally, it was time! I took a deep breath, drafted an email to Brandi, proofread it maybe a dozen times (I proofread nearly everything, but missives to agents get multiple proofreads, and sometimes need to be vetted by author friends before being sent. I am nothing if not careful).

So now we’re working together! Brandi promised a list of edits by the beginning of July, and by golly, she sent them. And they’re great – really making my book stronger. While I think about her questions I’m getting tons of ideas for the next book (yeah, more scribbling in my diary), so this is working.

I’m working. Even with the little tiny baby and the preschooler with me all day. The minutes I steal during not-so-quiet playtime are precious, and then when it’s time to get back to momming, I get back to it, refreshed and ready to read “The Twelve Dancing Princesses” and Babybug magazine all over again. 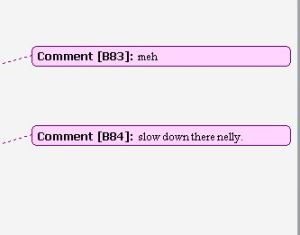 Revision notes – mine, not Brandi’s.

Yes, getting an agent is only part of the road to publication. There’re more challenges to come. But finding an agent – and not just any agent, but one I chose two years ago – is a dream made real.

Not enough success story? You can head over to Miss Snark’s First Victim and see yet one more iteration there. Because the fun never ends! (Actually, I think that’s all. Until Brandi sells my book.)

Okay, so details (by popular demand. Okay, two friends asked me to do this. And they’re very popular).

Everything you ever wanted to know about my finding-an-agent story, and probably a few things you care nothing about. (I’m stretching it out because I love reading long “How I Got My Agent” posts. I could just live in ’em.)

The tall iced decaf caramel macchiato I was sipping while I checked my email on that fateful day.

First, this is not my first completed novel, nor my second. It is my third. And I half-heartedly queried the first two manuscripts. No, that’s not true. I zealously queried the first and suffered roughly ten rejections, all of which, if they said anything helpful at all, said, “This premise is overdone.” So I scrapped that book. The second manuscript garnered a couple of partial requests, and I started dreaming of how I’d want to look in my author cameo in the movie version of the book. (Especially in light of the fact that the advance from selling the book would be enough to hire ten personal trainers and I’d not only be twenty pounds lighter but also super-toned.)

So it was with excitement, yes, but a heavy dose of cynicism that I started querying in December. At the urging of my (fabulous – she made me say that but it’s totally deserved) friend Kristen, I entered the Baker’s Dozen contest on Miss Snark’s First Victim’s blog. My excerpt received a full request, and a few other agents were interested, so that jump-started the query process (and smothered some of my cynicism). Two friends referred me to their agents as well. None of that panned out, and I was very sad, but I kept querying. I got a few more full & partial requests, but no takers.

I considered the very short nuggets of feedback a couple of agents gave me, especially in two areas: plot & pacing. I revised the first half of the second act of my book (eternal thanks to Katherine Longshore for the marathon brainstorming session), took out a subplot and a supporting character, then queried more. One agent gave me a reader’s report with revision suggestions, and I did those, too.

Brandi Bowles, with Foundry Literary + Media, was a cold query – I didn’t know much about her, other than an interview I read on Krista Van Dolzer’s blog two years ago. After reading that interview, I immediately added Brandi to my Giant Table o’ Agents. What I liked about her: she likes urban fantasy and literary fiction. In my head I’d been pitching my book as Earth Abides by George R. Stewart meets The Handmaid’s Tale by Margaret Atwood meets witches. I love lyrical prose with a commercial appeal, and Brandi’s tastes reflected that. (And yes I know I’m flattering myself way more than is deserved with the Margaret Atwood connection, but she is my writer-idol, after all.)

Sample of my Giant Table o’ Agents – I’d highlight requests in bright blue, rejections in red. It took me awhile to decide on a color for the offer. Can’t go wrong with hot pink, though.

A month after querying Brandi, she requested the full. I went slightly nuts, but maybe not as crazy as I could’ve been, because I’d had a baby five days before. What was really cool: Maverick distracted me from worrying. I sort of forgot about querying and submissions in the haze of new-baby-ness.

So it was with great surprise that a month later, I received the email every writer dreams of, from a super-awesome agent who told me how much she loved my book, and offered me representation.

There was gasping. I couldn’t scream, because my one-month-old was sleeping in the next room, and nothing puts a damper on celebratory jigs like a cranky newborn. I am so glad I got Brandi’s email on Memorial Day, because Homes was home and I could share the news immediately.

The sunglass smiley is the cool icon you get when you record an “offer” on querytracker.net.

This post is already too long. So, next week…The Call.

How many nights did I lie awake, imagining an agent emailing or calling to tell me she loved my book and wants to sell it for me?

Countless nights, that is the answer. Depending on how tired I was, I could adjust the daydream’s level of detail. If I wasn’t tired at all, I might see the words of the email outlining every feature the agent loved about my book, then segue into how I’d tell my friends and relatives, and then get to the part where I actually speak to the agent on the phone. If I was pretty tired, I might only get as far as opening an email that said, “Yes, I want YOU!”

But these were all just that – daydreams.

So when it actually happened, it was eerie, I tell you. Sure, at first there was gasping, and phone calls, and dancing.

And then…there was calm. And silence. And waiting to wrap up the handful of outstanding queries I had.

I’ve been sitting on this exciting news for a week, and am thrilled to finally announce:

(It kind of feels like announcing an engagement, or, if that analogy sounds too big, maybe a date to the (VERY IMPORTANT, VERY COOL) prom. One I couldn’t have gone to without her.)

“How I Got My Agent” blog posts seem to be very popular, but I don’t have time for that today. Maybe some other time. No promises, though. It’s the last week of Z’s school, Maverick’s seven weeks old, and I’ve got some revisions to do over the summer. Busy times! But happy.